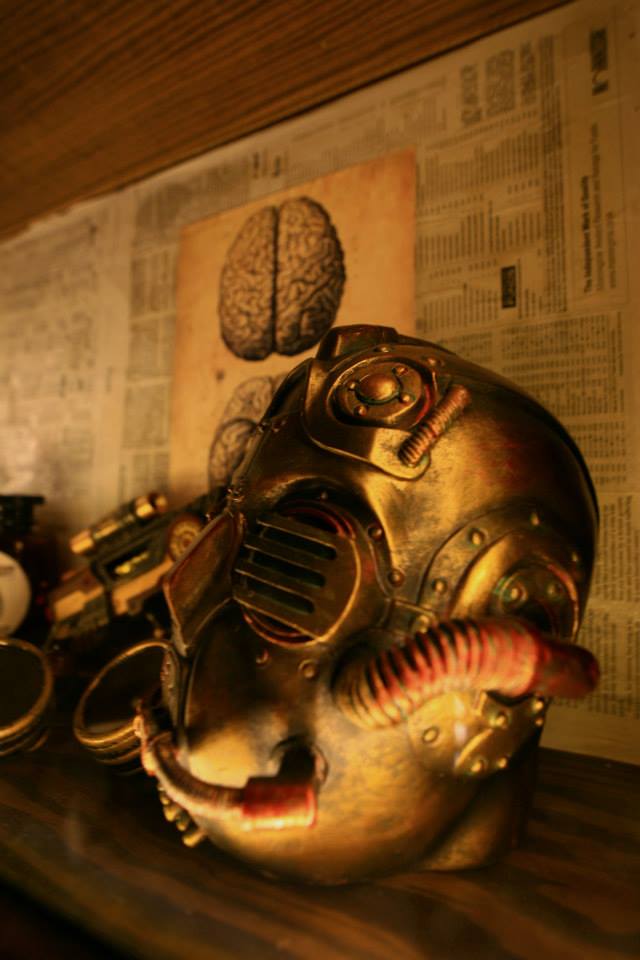 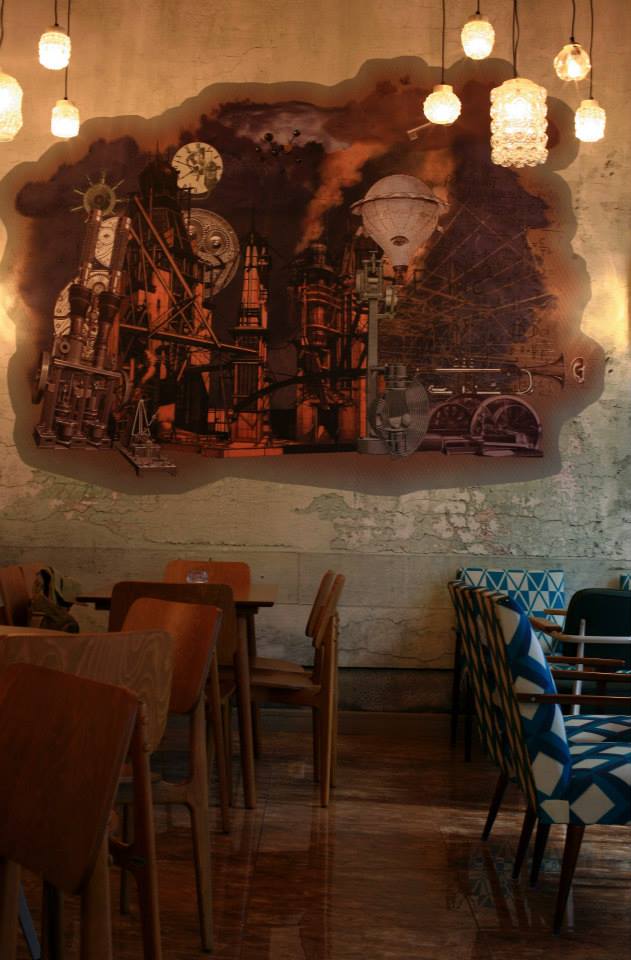 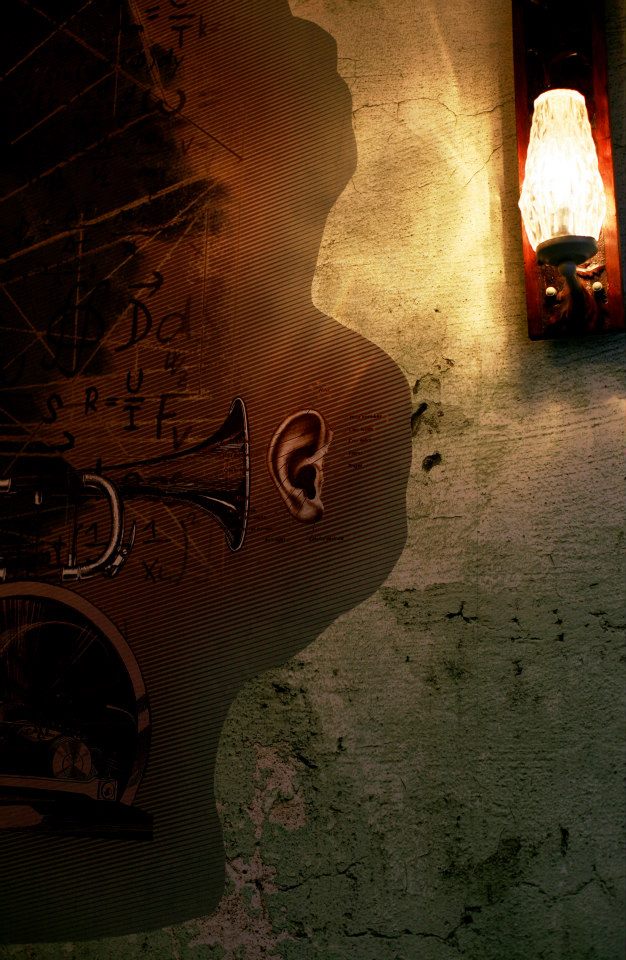 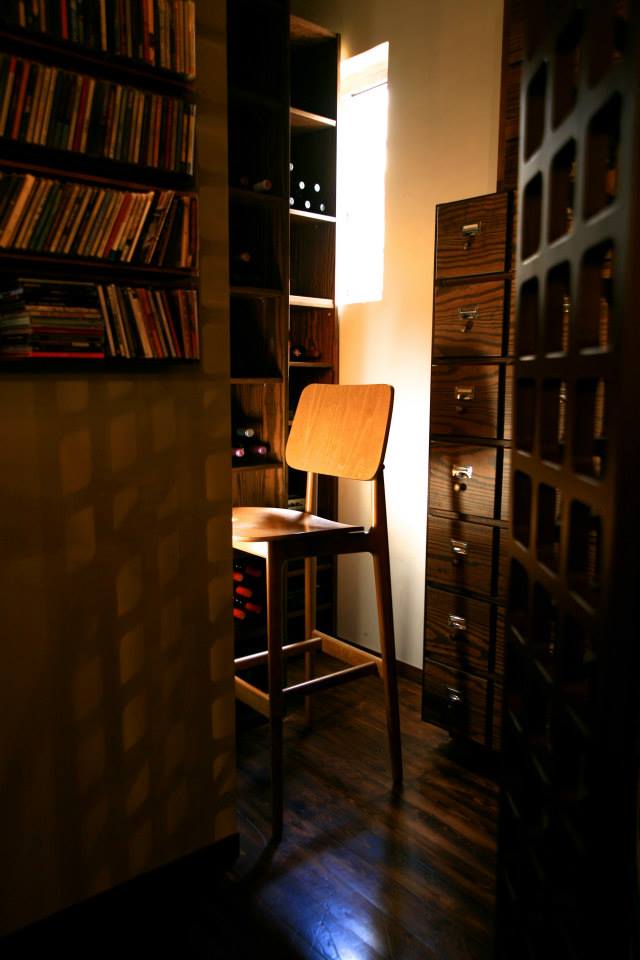 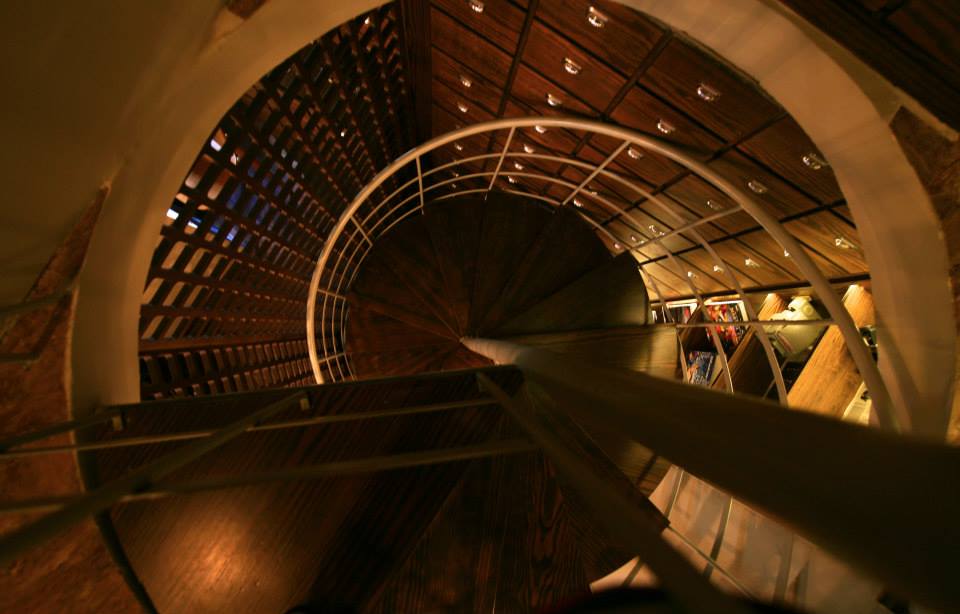 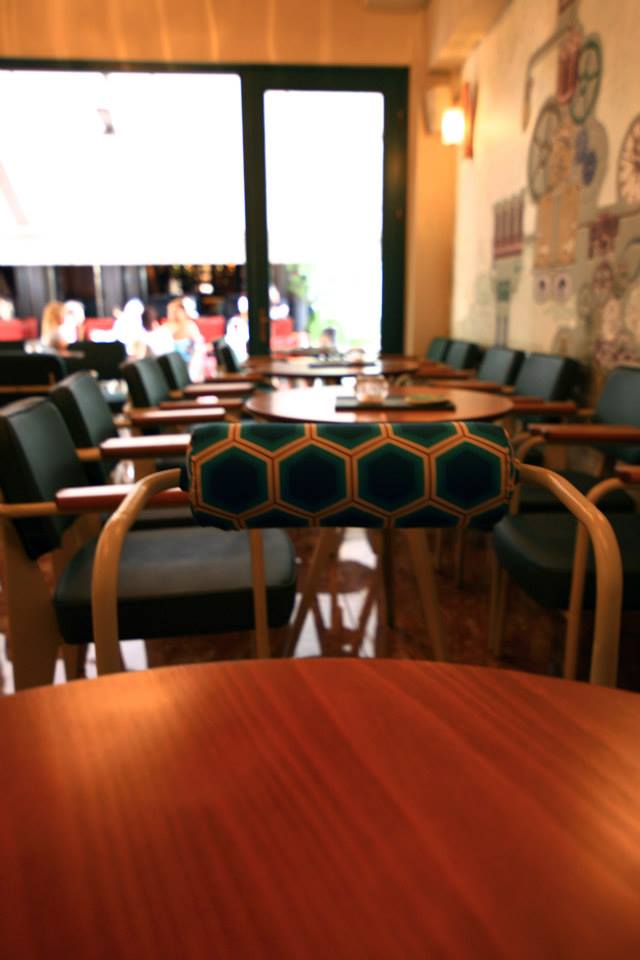 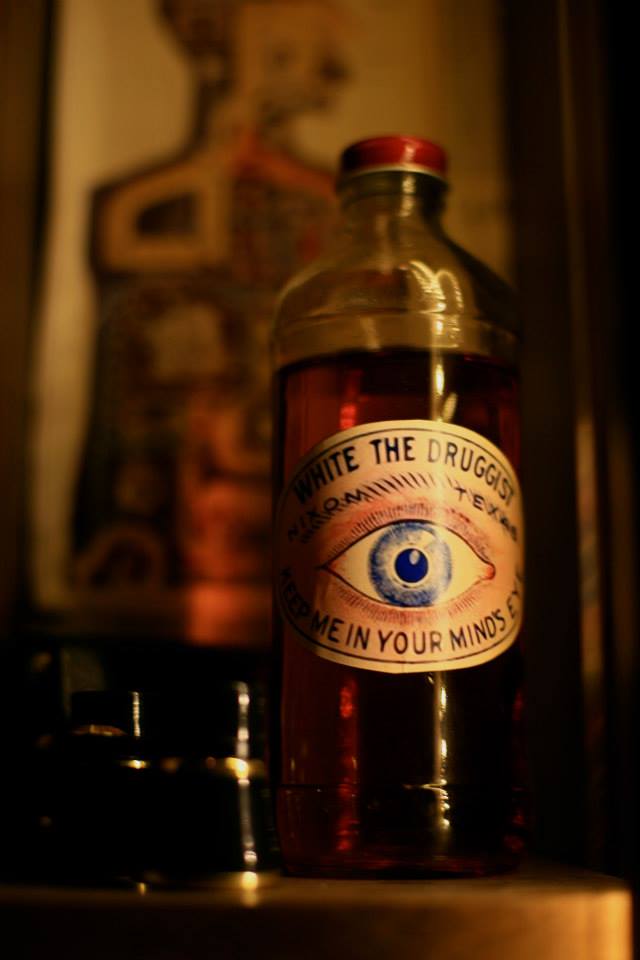 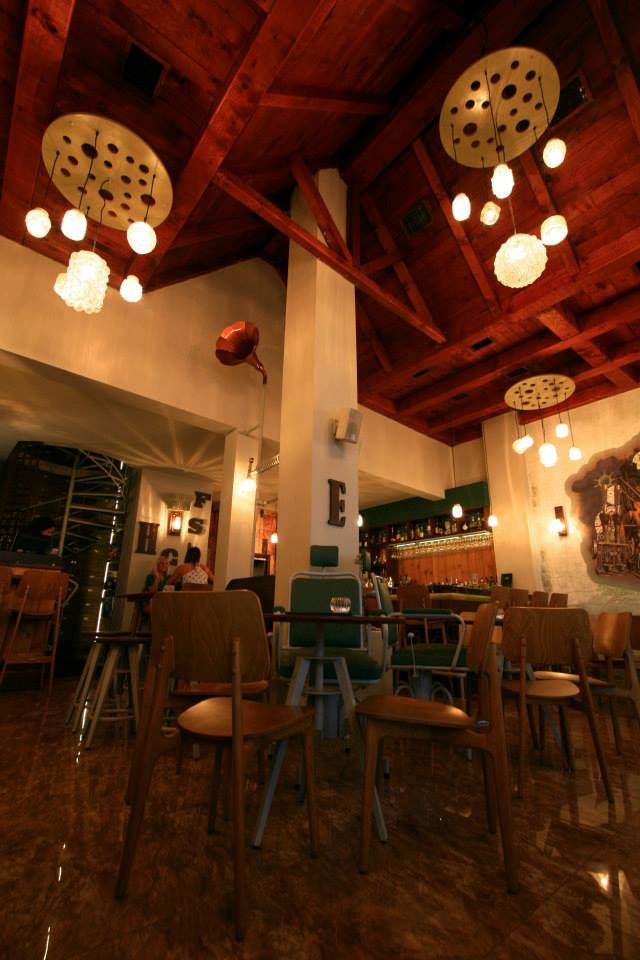 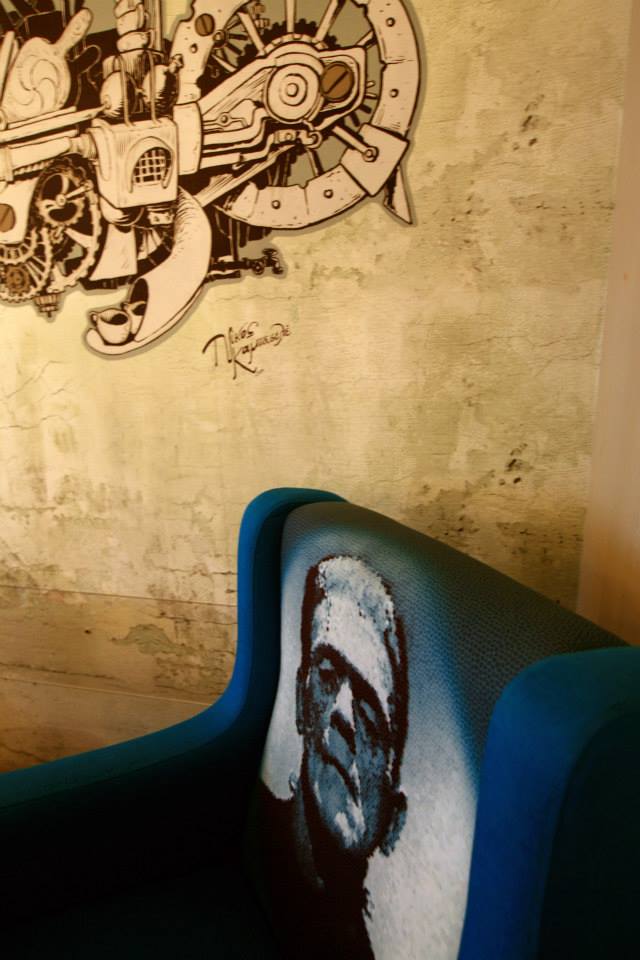 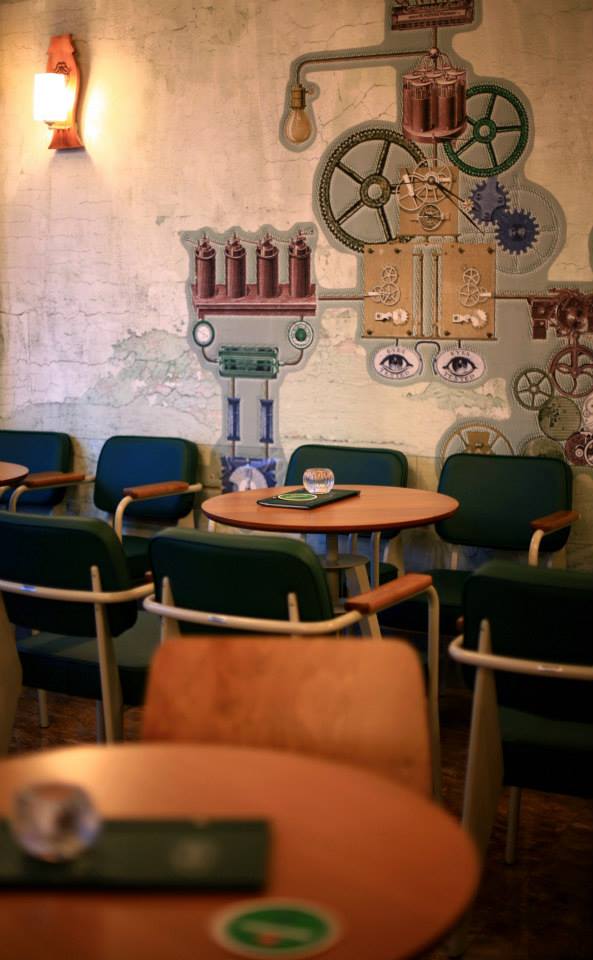 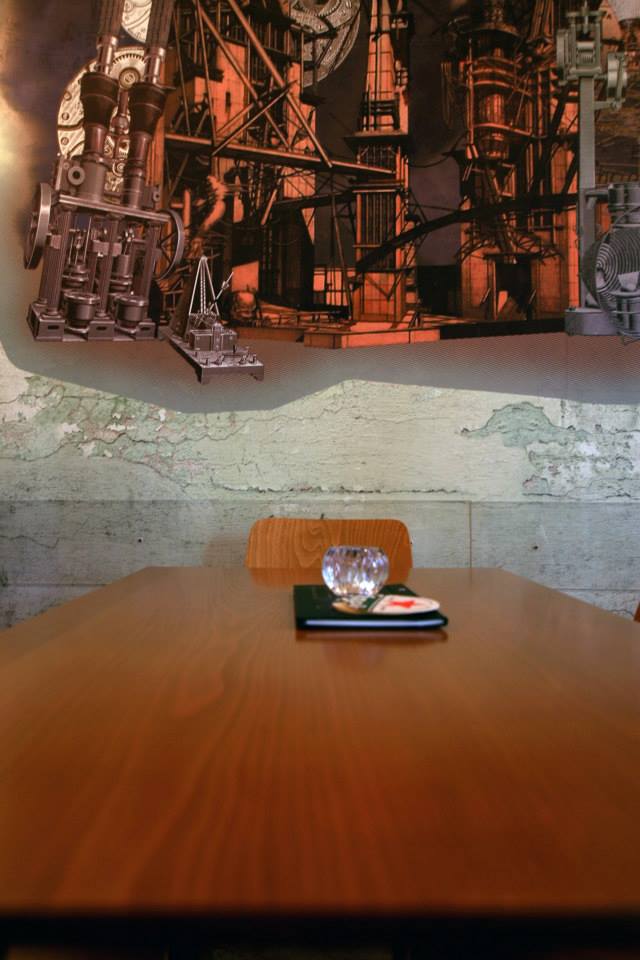 The Atomique as a concept followed over time and took over from Le café. First we designed and improved operational difficulties of the space and transformed the central idea. We radically changed the position of the internal staircase to create a functional and visual space. We performed corrective surgery on the outside in order to deal with damage and invested in an embossed three-dimensional structure with numbers and letters. The idea was based on human achievements and the element of steampunk, that which is acheived scientifically within a hyper-real surreal scenario as man as creator. For example, the engine that creates dreams, visions and creative concerns and machine “builds” his environment through algorithms, through actions and stimuli. All this is illustrated in two patchwork custom made wallpapers prevailing in the area.

On a third wall, a creation of the painter-artist Nikos Kabasele is formed to complete the composition and depicts a flying coffee machine. Access to loft is by a circular staircase surrounded by a large “file” scientific workshop and a curiosity cabinet of chemicals, poisons and kits for research. The fixtures are compositions of old fixtures and furniture was chosen to resemble furniture from old clinics and salons. A central element in furnishing the sofa where “broadcast” information, the ends of which are two gramophone speakers.